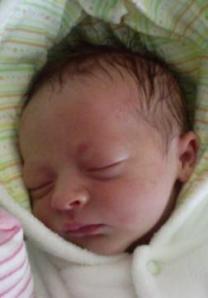 In all history, how many virgins-births occurred?

Mat.1:23: (MKJV) “Behold, the virgin shall conceive in her womb, and will bear a son. And they will call His name Emmanuel,” which being interpreted is, God with us.
(NIV) The virgin will be with child and will give birth to a son, and they will call him Immanuel –which means, “God with us.”

Isaiah 7:14: (NIV) Therefore the Lord himself will give you a sign: The virgin will be with child and will give birth to a son, and will call him Immanuel.

(RSV) Therefore the Lord himself will give you a sign. Behold, a young woman shall conceive and bear a son, and shall call his name Imman’u-el.

Without going deep into the subject of prophecy, superficially seen, I identify four types of prophecies in the Bible.

1. The apocalypse where images and numbers have a deeper meaning, and where the interpretation of the prophecy often reflects on the time when the prophecy is given, rather than in the far future. 2. The ordinary prophesy where something is said to happen in the future, usually within the life of the person to whom it is given. Often dreams are included in this type of prophecy like the bearer of the cup in jail with Joseph being restored, while the baker was executed all within three days. 3. The life-prophecy, including types of Christ where certain events or incidents in the life of a person is repeated with definite or greater significance in the life of Jesus Christ. By being “killed” by his brothers via slavery, Joseph became the saviour who saved his own people from certain death by famine. Joseph’s life gets a deeper fuller prophetic meaning when Christ became our redeemer by being put to death because of our sins. 4. Ordinary Scripture and psalms that supposedly are not prophecies, yet are mentioned in the New Testament as being fulfilled in Jesus Christ. An example is Psalm 22.

The prophecy in Isaiah 7:14 is an example of the second type.
Please read Isaiah 7 and notice that the Lord gives Ahaz a sign because he was not willing to ask one of the Lord. The sign was that a “maiden” would give birth to a son. This child would be the sign that Aram and Ephraim will both be destroyed before this little boy would be old enough to discern between right and wrong.
In Hebrew the word “bitula” indicates a virgin, someone who had never had any sexual relationship with a man. Here in Isaiah the word “alma” (maiden) is used, indicating a woman who had not yet born a child. Of course this could also refer to a virgin, but the emphasis is on the fact that the first child is not yet born.
The Bible gives no indication as to who this maiden had been. It could have been the young wife of Ahaz himself, or even the wife of the prophet. But they knew who was meant. As first born he would be dedicated to the Lord, but this specific child would also serve as a sign. When the Old Testament was translated into Greek, the word “parthenos” was used, a word also used for both maiden and virgin.
When Matthew refers to the fulfilling of this prophecy in Mary, the emphasis falls on her being a true virgin, not having had any sexual relationship with a man. What was conceived in her was not by natural means, but from the Holy Spirit (Mat.1:20)
I personally prefer the rendering of the Revised Standard Version of Isaiah 7:14 (Behold, a young woman shall conceive). This also corresponds with the translation of the Complete Jewish Bible by David H. Stern.
In the many prophecies of this kind we run the risk to “manipulate” the original prophesy in the light of the deeper fulfilment in Christ. That causes the original prophecy to either loose its original power and meaning, or even to be nullified. The child Immanuel, born in the time of Isaiah was an ordinary little boy, not conceived by the Holy Spirit. His mother was a maiden, a young woman and not a virgin.
May you meet anew the only ever Son born by a virgin during this season when we commemorate His birth in Bethlehem!

Any comments are welcome at the bottom of this page.

“It seems strange to me that an unnamed maiden having a child would be considered a sign. It seems strange that the sign would be that vague. There is no indication at all who the maiden was. Why would God not let the people know who it was if it was a sign? Im sure there were many pregnant young maidens that had children around that time. How would they know which one was the sign?

In my humble unqualified opinion, I don’t think it’s twisting manipulating the bible at all to use the word “virgin” in Isaiah 7, considering “alma” can mean virgin. If it was unclear what the Holy Spirit meant by “alma” in Isaiah, the Holy Spirit made it clear in Matthew.

Thank you for these important remarks.

2 Responses to 47. The Virgin Birth