32 End of the Lord’s Prayer 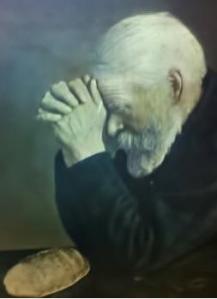 In most of the modern versions of the Bible, the doxology at the end of the “Lord’s Prayer” as recorded by Matthew, is omitted or printed in the margin. This doxology also does not appear in gospel according to Luke.

When we look at the facts some interesting possibilities are opened up.

Let us look at the facts recorded in the manuscripts available:

The question before us is whether this doxology had been given by Jesus Himself as the end of the prayer, or had been added to the prayer at a later stage?

Remarks:
1. In the manuscripts no less than 7 variations are presented. Some add words like: “…the glory of the Father and the Son and the Holy Spirit,” or “…for ever and ever!” etc.
2. The only Greek manuscript before the year 700 having the doxology is Codex Washingtonianus. This manuscript is most probably a compilation of fragments from different origin. The codex has many unique variations throughout.
3. The doxology does appear in the Diatessaron of Titan, a document with some arbitrary additions and omissions.
4. Manuscripts lacking the doxology are widespread, while those containing it are almost all from the Byzantine area.
5. A possible explanation for the origin of this doxology could be a note in the margin (Gloss) as a meaningful ending of a prayer adapted from 1Chron.29:11-13.

The doxology is beautiful and very appropriate. Yet if it had been added at a later stage by some pious priest or scribe, that is exactly what it is – an addition, putting his own words in the mouth of the Lord! Removing it from the gospel of Matthew would then be a restoration back to the original words of our Lord. Do we really need more than what the Lord deemed necessary?

The reasons for the differences between older Bibles like the King James Version and newer Bibles like the New International Version have fascinated me ever since my studies in Theology at the University of Pretoria in the seventies. I have great respect for scribes through the ages as well as Bible translators, so there must be good reasons for the differences. With more than 5600 Greek manuscripts and more than 19000 manuscripts of ancient translations to our disposal, the original autographs of the New Testament can be established without doubt. I investigate the reasons behind the differences and publish the facts in a post on my blogs www.bibledifferences.net (Afrikaans: www.bybelverskille.wordpress.com) to enable my readers to judge for themselves. Personally I love to make an informed decision based of facts. That is why I endeavor to provide that same privilege to the readers of my blogs. Since 1973 I am married to my dear wife and greatest friend, Leah Page, founder director of Act-Up Support (www.actup.co.za) a prayer ministry for families struggling with drug-, occult- and other dependencies. We are blessed with two daughters and two sons, four grand sons and two grand daughters. God is alive and omnipotent! Glory to His Name! Herman Grobler.
View all posts by Herman of bibledifferences.net →
This entry was posted in Diatessaron. Bookmark the permalink.