Many of the first Christians were not Greek, or did not have sufficient knowledge of Greek to be confident in using the Greek New Testament scriptures only. Consequently as early as the second and third centuries the documents were translated into the common languages of that day like Coptic, Syrian and old Latin.

The value of these translations lies in the fact that they preserve the text that was available at that specific time and at that location. Very accurate text critical deductions cannot be made due to the intricate problem of translation in general, and the fact that peculiarities and even synonyms do not cover the same meaning in different languages. Yet, if a verse or phrase is missing in all translations as well as Greek manuscripts before a certain date, it is logic that these words must have been introduced into the manuscripts at a later date, and had not been part of the original autograph. Let us consider Acts 9:6. According to the King James Version, when Jesus confronted Paul in a vision on his way to Damascus, he presumably said: “…Lord, what will You have me to do?” This phrase is not found in any Greek manuscript at all. Of all known manuscripts of nine translations dating from 201 to 700 A.D. it is found in only one Syriac and one Old Latin translation both dating between 601 and 700 A.D. After 701 A.D. it is found in another six manuscripts of the old Latin group. This evidence, confirmed by all other known documents of the New Testament, clearly proves that this phrase had never been part of the original autograph. This phrase had rather been included under influence of the Latin translations. In fact it was interpolated from Acts 22:10 by Erasmus into the text that became the source for the KJV, known as the Textus Receptus. 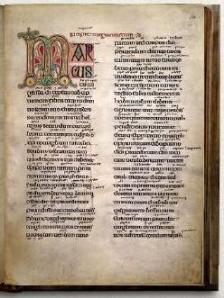 Let us look at the ancient translations that are available:

1. Bible scholars have identified five different Syriac translations that were created between 301 and 1200 A.D. No less than 357 witnesses are available.

2. Numerous Latin translations were made, the first ±175 A.D. in Carthage, North Africa. After 201 A.D. Latin translations were used in Italy, Gaul and Spain. Most of these are highly individualistic in nature suggesting that some copies were made from interlinear translations. It seems as though everyone needing a Latin translation, made his own. Due to this chaotic situation, Pope Damasus commissioned St. Jerome in 382 to make a new official translation, known as the Vulgate, of which more than 8000 manuscripts in many variations and different states of corruption exist.

4. At the closing of the fourth century Ulfilas translated the Greek New Testament in Gothic. He had to create a Gothic alphabet since his translation had been the first literary document in a German language. His source text was of the Byzantine text type.

5. The Armenian translation dating from around 420 A.D. is reckoned as one of the most accurate of the early translations. It became the official New Testament of the Russian Orthodox Church. More than 1250 manuscripts are available, making it the second numerous translation after the Latin Vulgate. It is in the Caesarean text type.

6. The Georgian Translation for the Caucasians of Georgia between the Black sea and the Caspian sea was completed during the first half of the fourth century. It is also in the Caesarean text type.

7. During the fourth or the sixth centuries an Ethiopian translation was made, either based on a Greek text, or on a Syrian text. It displays mainly the Byzantine text type, though it often agrees with Vaticanus and p46, which are Alexandrian.

8. During the ninth century the Bulgarians received their Slavonic translation.

9. The earliest translation in Anglo Saxon, the ancestor of English as a tenth century translation made between the lines of a seventh century Vulgate. This codex known as the “Lindisfarne Gospels” is named after Lindisfarne, a town in North East England where this translation originated.

This magnificent manuscript can be studied online at http://www.bl.uk/onlinegallery/sacredtexts/ttpbooks.html

It is such a privilege to study the Word of God in this modern age with its technology giving us an oversight of two millennia at the touch of a keyboard!

The reasons for the differences between older Bibles like the King James Version and newer Bibles like the New International Version have fascinated me ever since my studies in Theology at the University of Pretoria in the seventies. I have great respect for scribes through the ages as well as Bible translators, so there must be good reasons for the differences. With more than 5600 Greek manuscripts and more than 19000 manuscripts of ancient translations to our disposal, the original autographs of the New Testament can be established without doubt. I investigate the reasons behind the differences and publish the facts in a post on my blogs www.bibledifferences.net (Afrikaans: www.bybelverskille.wordpress.com) to enable my readers to judge for themselves. Personally I love to make an informed decision based of facts. That is why I endeavor to provide that same privilege to the readers of my blogs. Since 1973 I am married to my dear wife and greatest friend, Leah Page, founder director of Act-Up Support (www.actup.co.za) a prayer ministry for families struggling with drug-, occult- and other dependencies. We are blessed with two daughters and two sons, four grand sons and two grand daughters. God is alive and omnipotent! Glory to His Name! Herman Grobler.
View all posts by Herman of bibledifferences.net →
This entry was posted in Ancient Translations, Desiderius Erasmus, First Printed Greek Text, Textus Receptus, United Bible Societies Text, Vulgate. Bookmark the permalink.